In order to help members decide which images to enter into the Mid-Atlantic Photo Visions competitions, we will have a special advice meeting on August 9 so that members will be able to select their best images and/or shoot other ones to enter. The meeting will be lead by NIHCC member Dick Sprott.

This meeting will be held on Zoom.

Dick has a Certificate in Photography from Montgomery College in Maryland.  He has served as the President of the NIH Camera Club twice, and holds its Master of Photography rating.  For fifteen years he taught courses in photography for the Foundation for Advanced Education in the Sciences (FAES) on the National Institutes of Health (NIH) campus in Bethesda, MD, where he was a scientist administrator after spending many years as a laboratory scientist and occasional photographer on the coast of Maine.  Dick’s philosophy as a photographic judge is based on his belief that the creation of a fine picture requires many of the same organized skills in making and post processing an image that are required in a research laboratory, and the same organizing vision to create the image as is required when solving other complex problems.  It also requires that the maker put some real part of him or herself into the image.  As a bonus, the end product is visible to oneself and to others.  Success or failure is there for everyone to see and the best images communicate the maker’s intent to the viewer

This site uses Akismet to reduce spam. Learn how your comment data is processed. 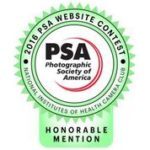 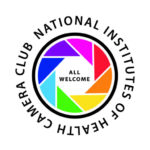